One of the most significant members of the Tucher family was the son of Anton II, Linhart Tucher II (1487-1568).  Linhart led the family firm, the “Tucherisch Compagnia” from about 1507 on; initially together with several cousins, later with his cousin Lorenz II, the builder of the Tucher mano 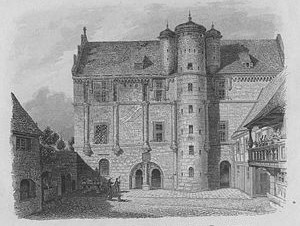 The time of Linhart’s direction of the family firm is considered to be the most successful in the history of the company.   The firm traded in various commodities throughout Europe–the largest profits stemming from trade in saffron. The profits were re-invested in the company as well as in the purchase of estates and artworks–particularly impressive examples of which are the so-called Tucher’sche dinner service and two wedding goblets. 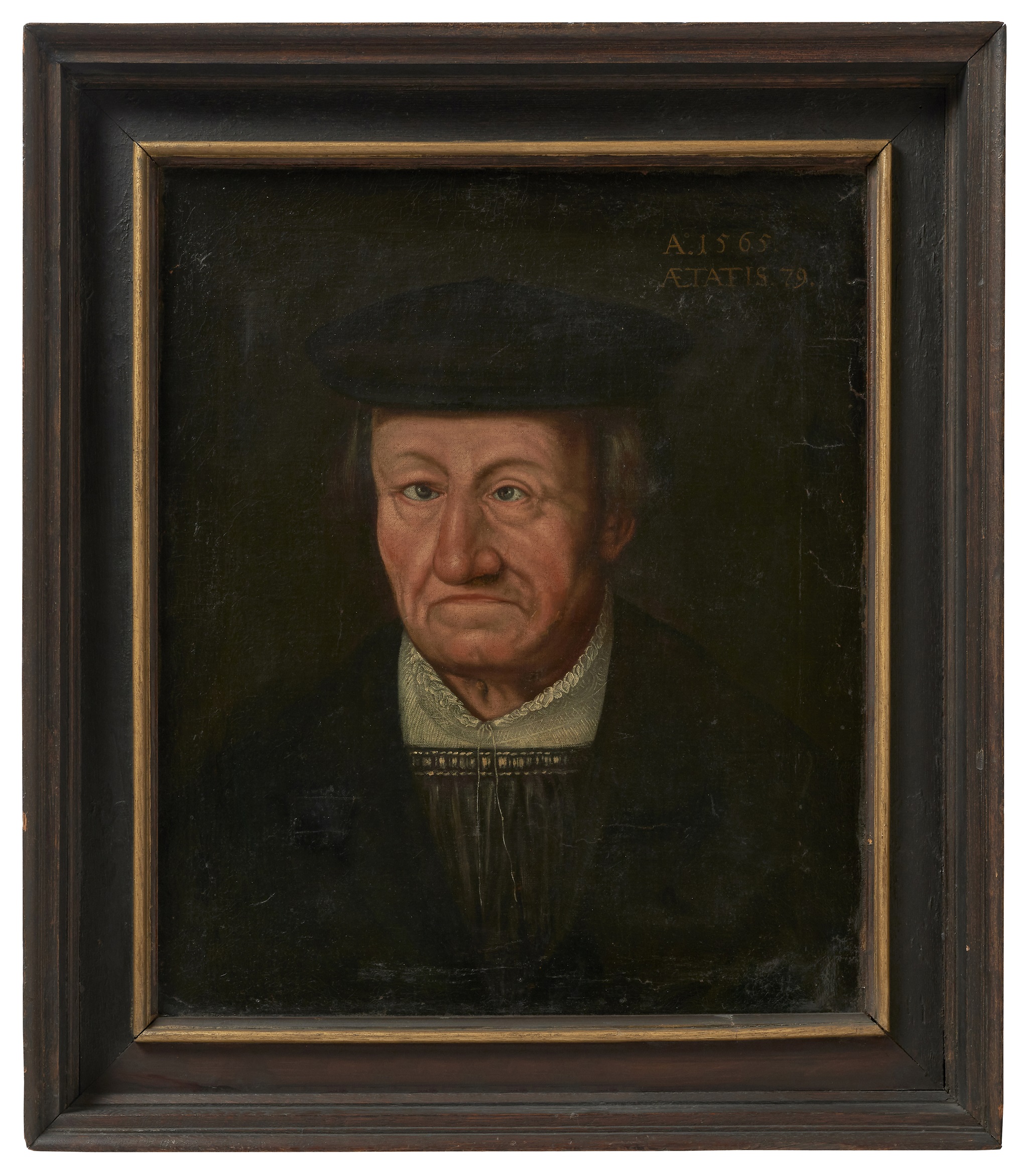 Through his position on the High Council, which he held beginning in 1529, Linhart had an important influence on the politics of the day in the city of Nuremberg. Beginning in 1533 Linhart belonged to the Septemvirat, the seven-member executive committee of the council. Starting in 1536 he was the second Losunger (tax collector), as described in the inscription of the flag chest. As the first Losunger, or treasurer, starting in 1544, he was able to have direct insight into the complete diplomatic and financial affairs of the city. During more than two decades in this position, he shaped its continuing fortunes.

The Tucher Dinner Service is one of the most significant complete sets of porcelain enamel from the workshop of Pierre Reymond in Limoges. It consists of eight vessels (one dated 1558 on the basin), a corresponding pitcher (dated to a slightly later period 1562), four tazze (shallow bowls), and two lidded bowls. The silver mounting on the pitcher exhibits the hallmark of Wenzel Jamnitzer, the most important German goldsmith of his era.