History of the Family 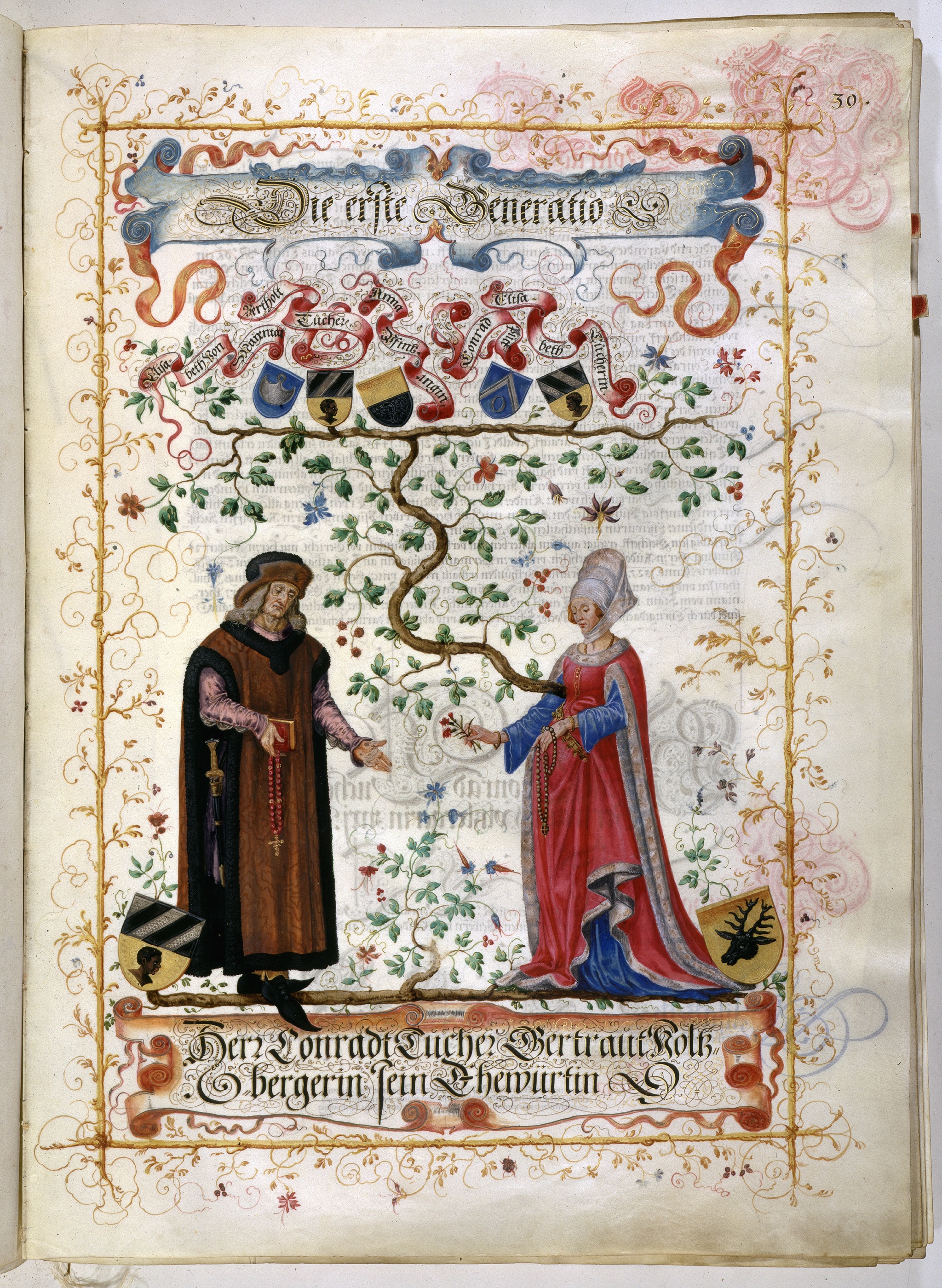 The Tucher family does not belong to the oldest of the patrician houses of Nuremberg, but like many others, presumably rose from the ranks of the ministeriales or Dienstadel (a class of people raised from serfdom) during the High Middle Ages.  The genealogy recorded in the “Großen Tucherbuchs” (the “Great Book of the Tuchers”) begins with the founding figure Konrad, who died in 1326. In 1340, Berthold I (died 1379) became the first Tucher to sit on the High Council (Kleiner Rat) of the Free Imperial City of Nuremberg. In the 14th century there were already records of marriages between Tuchers and the most distinguished families of the city.

In the fourth generation, the descendents of Hans II (died 1449) and Endres I (died 1440) established the older and younger lines of the family, both of which flourish to this day. One member of each of these lines served in the High Council of the City almost uninterruptedly until the dissolution of the city’s Free Imperial status in 1806.

The Tuchers achieved significant economic successes with their trading company, the “Tucherisch Compagnia” which operated throughout Europe until the middle of the seventeenth century. The family invested its profits in landholdings in the city and surroundings of Nuremberg, and in this way, acquired their family seat in Simmelsdorf in 1598. 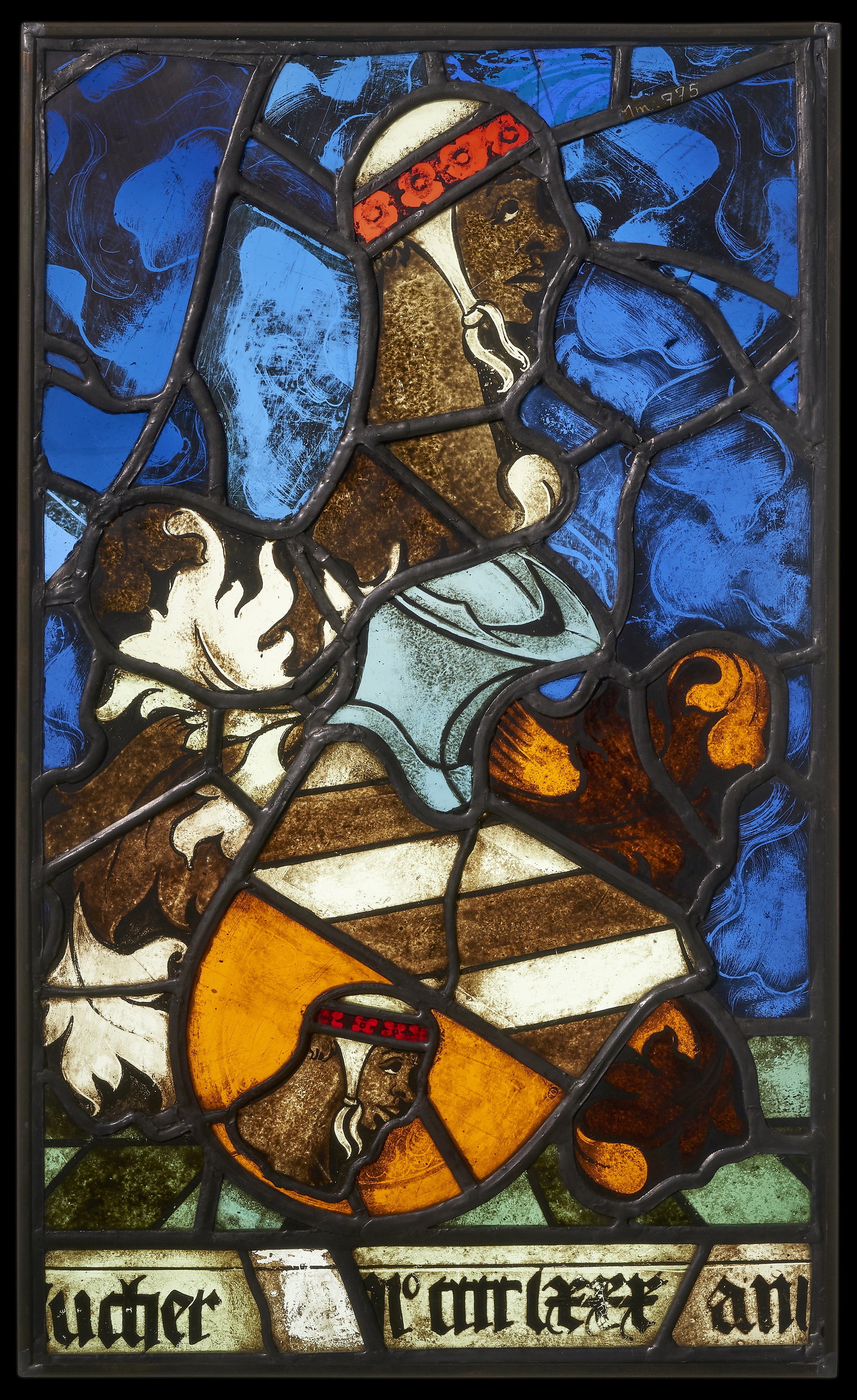 The Tucher family has borne their coat of arms with its so-called “moor” since 1345. As opposed to the coats of arms of most other noble houses of Nuremberg, the arms have undergone no enduring changes over the centuries.

There is one exception: the arms as represented on stained glass from the year 1480 show the moor wearing a red headband with roses over a strange white bonnet tied under the chin.  This stained glass version is the only known version to deviate from the otherwise unchanged Tucher coat of arms. The family has always equated the “moor” with St. Maurice.